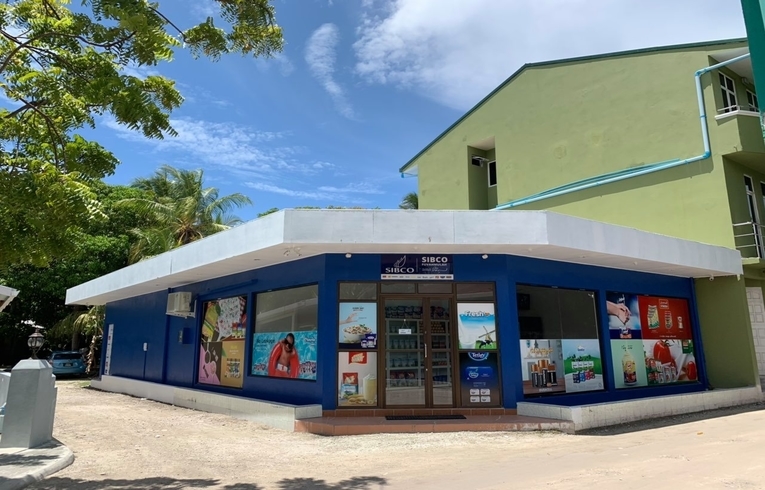 SIBCO opens its first outlet outside the capital in Fuvahmulah

SIBCO opened its outlet in Fuvahmulah City today. Notably this is the first outlet of SIBCO opened outside the capital city of Male’. In a ceremony held at Fuvahmulah this morning, the shop was opened jointly by Mr Mohamed Lirar, Deputy Mayor of Fuvahmulah City and Mr. Hamad Abdulla, City Council Member.

In an interview to the media, Marketing and Communications Manager of SIBCO, Mr Ahmed Haanee Naeem said that all products from the outlet will be available as the same price as its available from Male’. He further added that “one of the main objectives of opening the outlet in Fuvahmulah City was to businesses, café’s, restaurants and the residents of Fuvahmulah the opportunity to obtain goods and services by SIBCO under one roof with relative ease.”

SIBCO also introduced its newest product; Tetley Tea to the Maldives coinciding with the opening of their outlet in Fuvahmulah. Tetley Tea is the most preferred tea brand in UK, Canda and India. With the introduction of Tetley, SIBCO will carry seven different flavours of the range which includes; Original Real Taste black tea, Masala Chai, Green Tea, Lemon Twist, Ginger Zinger, Elaichi and Tata Tea Premium.

The outlet opened today is located in Husnuheenaa Magu of Miskiyy Magu Ward (opposite Lily Mosque) and the outlet will be opened from Saturday to Thursdays from 0900 – 1800 hrs similar to the business hours in Male’. The opening ceremony was attended by leading business established in Fuvahmulah and customers. In their efforts to broaden and expand the reach of products across the country, SIBCO is currently working to open an outlet in Addu City by September this year.

SIBCO completes 5 Years with Growth and Expansion Amidst Pandemic

SIBCO redefines Wholesale Business Model in Male’ with ONE BAZAR